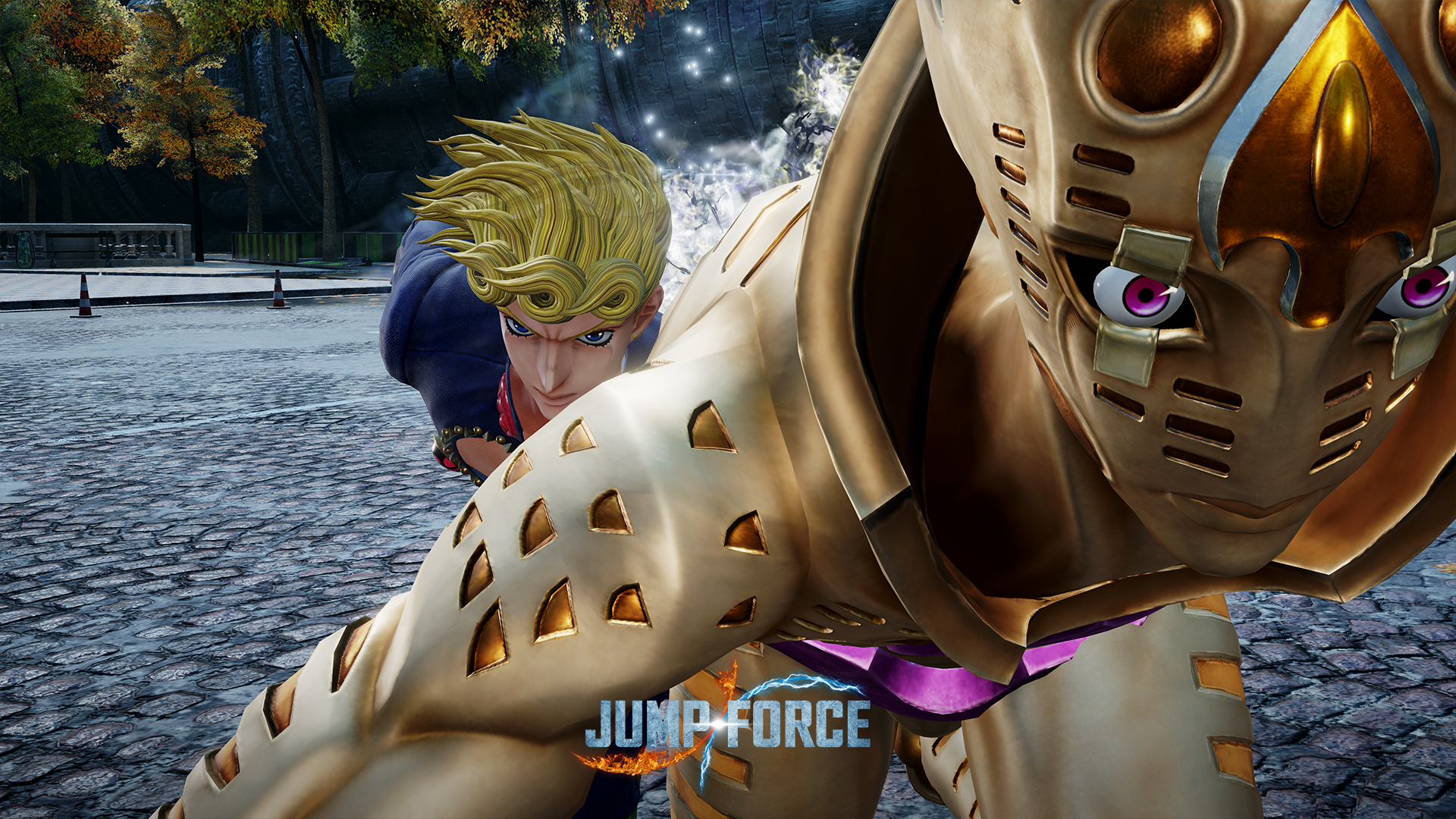 A few days ago we got a new Japanese gameplay trailer for Jump Force that showed JoJo's Bizarre Adventure: Golden Wind lead Giorno Giovanna in action. Now the final DLC character for Characters Pass 2 is officially set to launch on April 13, so Bandai Namco Entertainment America came through with its own gameplay trailer and launch trailer.

First up, the launch trailer:

The English version of the gameplay trailer: