FEATURE: The Fantastic True Story of How Project A-ko Was Lost and Found

Disclosure: The author of this article personally contributed to the MADOX-01Kickstarter project described later in the piece.

Thirty-five years ago, when Project A-ko debuted in Japanese movie theaters, no one thought they were witnessing the birth of an anime classic. Director Katsuhiko Nishijima jokingly claimed in the behind-the-scenes documentary Project A-ko Secret File that he helped create the film because he needed some cash to buy new teeth.

The film, which is named after an unrelated Jackie Chan movie and which began production as an adults-only entry in the Cream Lemon series before transforming into a general audience science fiction action-comedy film we know now, would prove popular enough to spawn three sequels and a spin-off series. 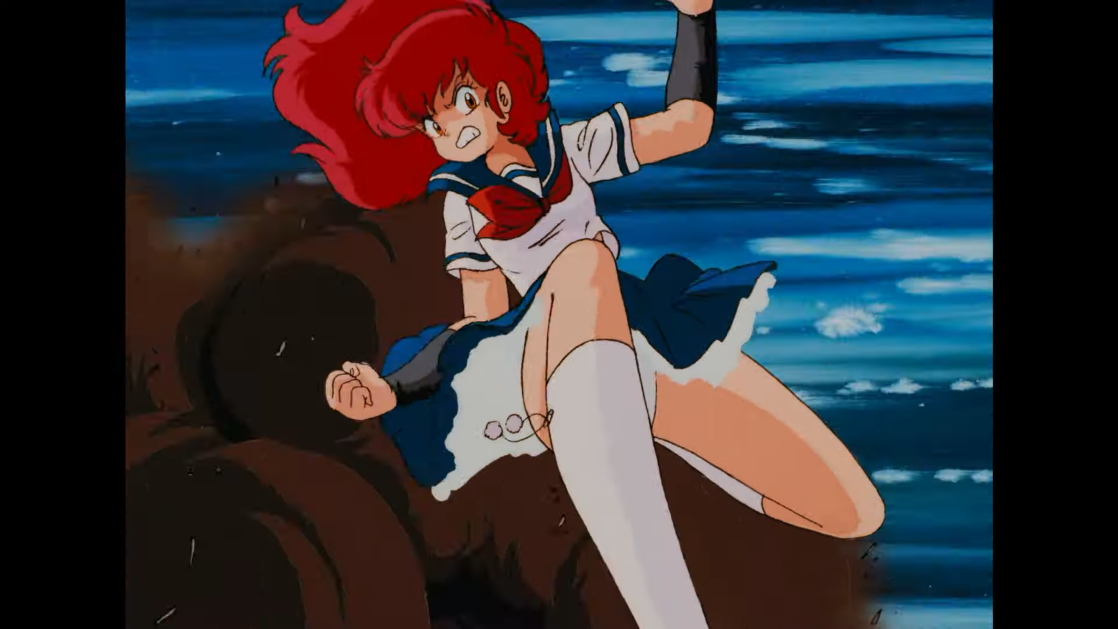 If you've seen the film, it's no mystery why Project A-ko earned its reputation as a milestone of modern anime with adoring fans both in Japan and overseas. And yet, the film itself was shrouded in mystery, because sometime after its video masters were struck from the original 35mm film elements, the reels containing Project A-ko vanished without a trace.

This is the story of that discovery. 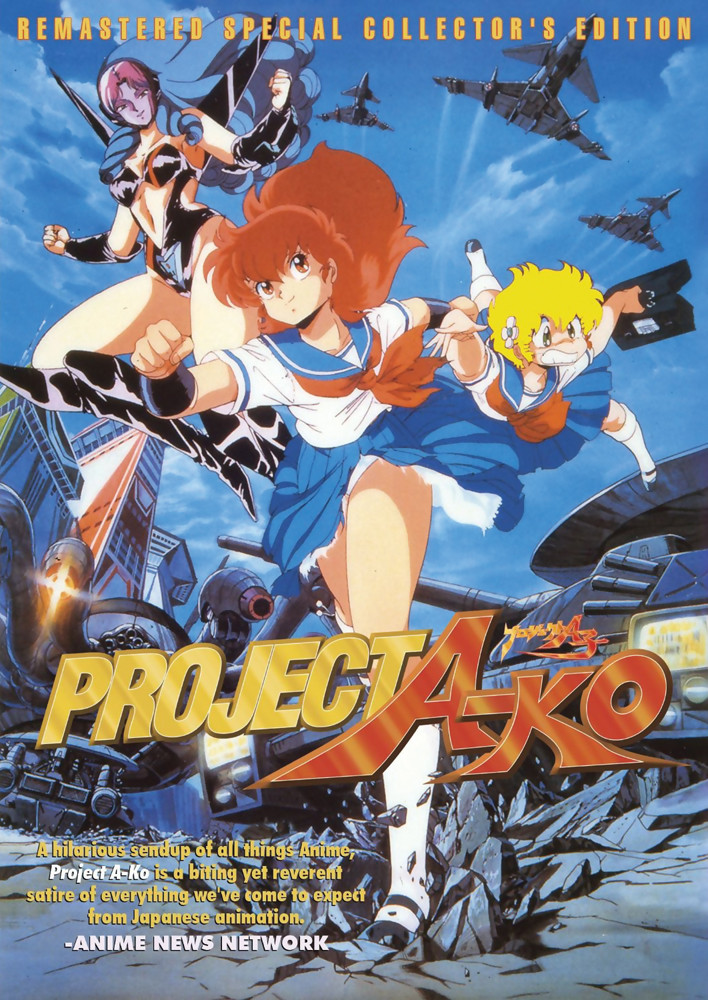 In the United States, Project A-ko was originally licensed by the now-defunct Central Park Media, a New York-based film company run by John O'Donnell. CPM first published the film on VHS in 1991, and Project A-ko proved to be an evergreen title all the way up until its final CPM release on DVD in 2002. After CPM went out of business in 2009, Discotek Media announced the rescue of the license of Project A-ko in 2010, releasing the film and its sequels on DVD later in 2011.

Project A-ko still has a huge fan following overseas, but for all its success as an anime classic, it has never received a high-definition Blu-ray release in the United States. Even Central Park Media’s final “Special Edition” DVD release was recorded off the laserdisc because the original film elements were presumed to be lost. When it came time to create an HD remastered release, the original 35mm prints of Project A-ko were nowhere to be found. 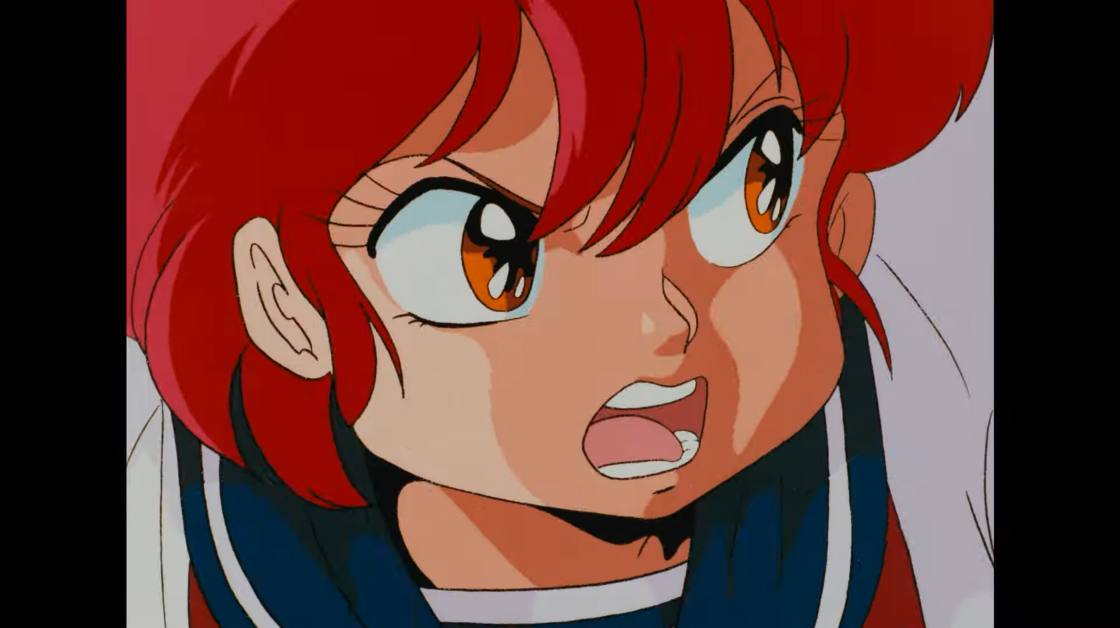 As a result, when Discotek Media announced that they were bringing Project A-ko to Blu-ray in September 2020, they also revealed that they were using technologies called the Domesday Duplicator and AstroRes to try to capture the best video possible from the available sources.

According to Justin Sevakis, CEO of MediaOCD, Discotek’s Production Contractor, the Domesday Duplicator captures and digitizes RF signals from multiple laserdisc sources, which results in a cleaner image overall.

“[Domesday] is a cool concept and very intriguing, but I think people got the wrong idea that this was some sort of game-changer in terms of restoring A-ko,” said Sevakis. “It definitely would’ve helped, but it only got us part of the way back to the condition of the original master tape it came from. Even if we had THAT tape, it was a video master from 1986, and still would’ve required a lot more restoration work from that point onward.”

The initial plan was to take the DomesdayDuplicator transfer to an engineer who then usedAstroRes, a process that uses machine learning to estimate the original lineworkto create an HD signal of the original. “When it comes off the disc, it’s still a video transfer,” said Sevakis. “Even for an SD master, it’s blurry because it was made in 1986. If anything was the miracle process, it was AstroRes.”

When it comes to older anime, Sevakis says that missing film elements are the biggest challenges when it comes to preserving and archiving. “If we’re stuck with decades-old video masters, often they’re made in such a way that makes restoring them very difficult or impossible … Sometimes there are also old analog video problems that make the image completely unacceptable on a modern 4K display. At that point, the best you can really do is release it in standard definition.”

The Domesday Duplicator and AstroRes processes certainly made the most sense for the Project A-ko restoration Discotek was producing at the time. But soon enough, a simple investigation into an unrelated Shinji Aramaki title would prove otherwise. 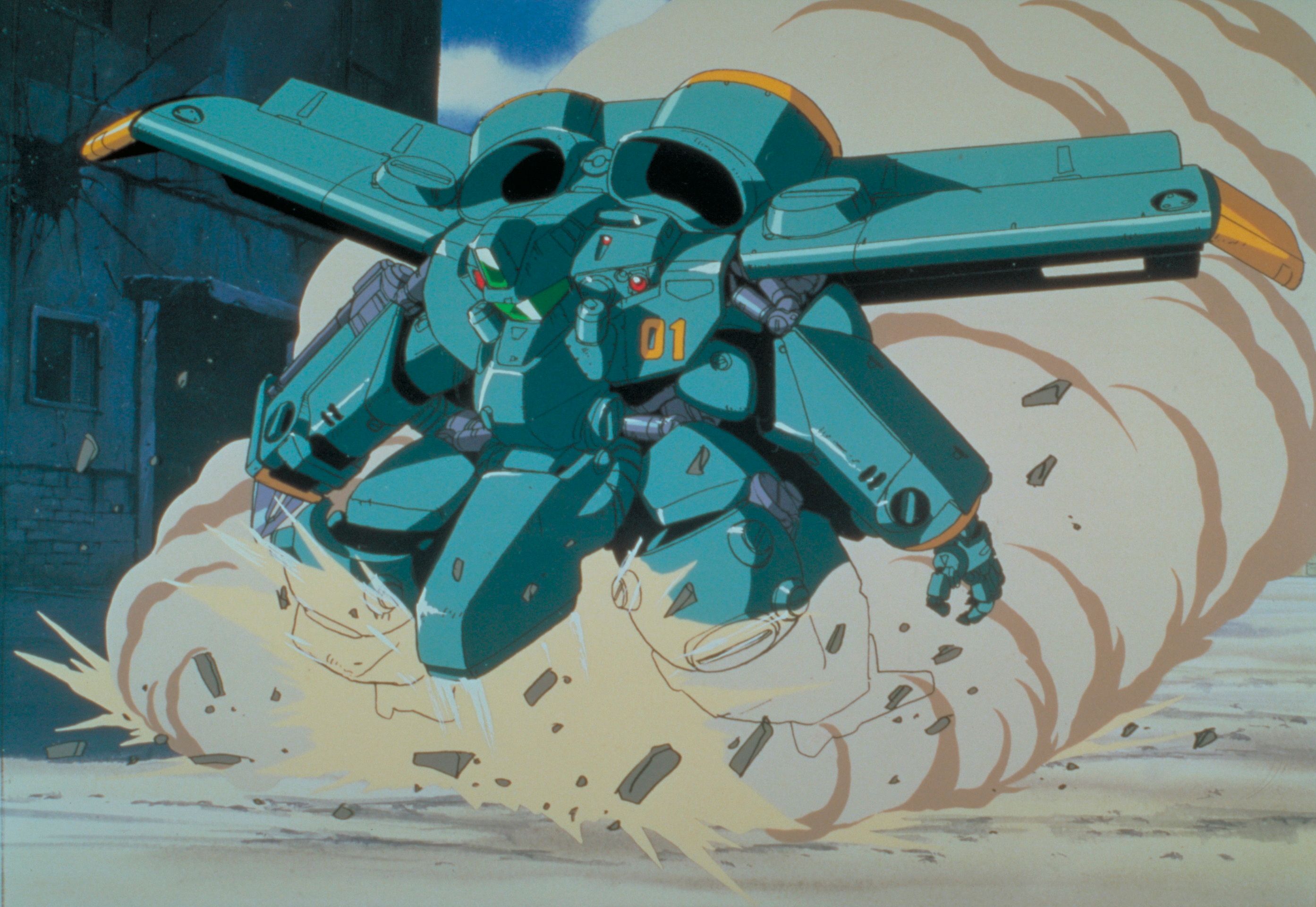 While Discotek Media began the Herculean task of reconstructing Project A-ko, a plucky little North Carolina-based distributor known as AnimEigo was breaking ground on their next Kickstarter-financed release: a Blu-ray version of Metal Skin Panic MADOX-01, an original animation video from 1987 directed by Shinji Aramaki.

A one-shot story about a young man who dons a highly advanced prototype suit of mechanical powered armor in a quest to say goodbye to his girlfriend, MADOX-01 is a goofy story with a lot of humor and some exquisite technical animation.

In fact, Metal Skin Panic MADOX-01 was the first anime title licensed and distributed by AnimEigo. In an interview included as a special feature on the DVD release, Robert Woodhead, the founder and CEO of the AnimEigo, recalled that originally he was given the option to license Project A-ko or MADOX-01, but he decided to go with MADOX-01 because he felt it had more “mainstream appeal,” a choice which he jokingly referred to as “the first of many terrible business decisions.” 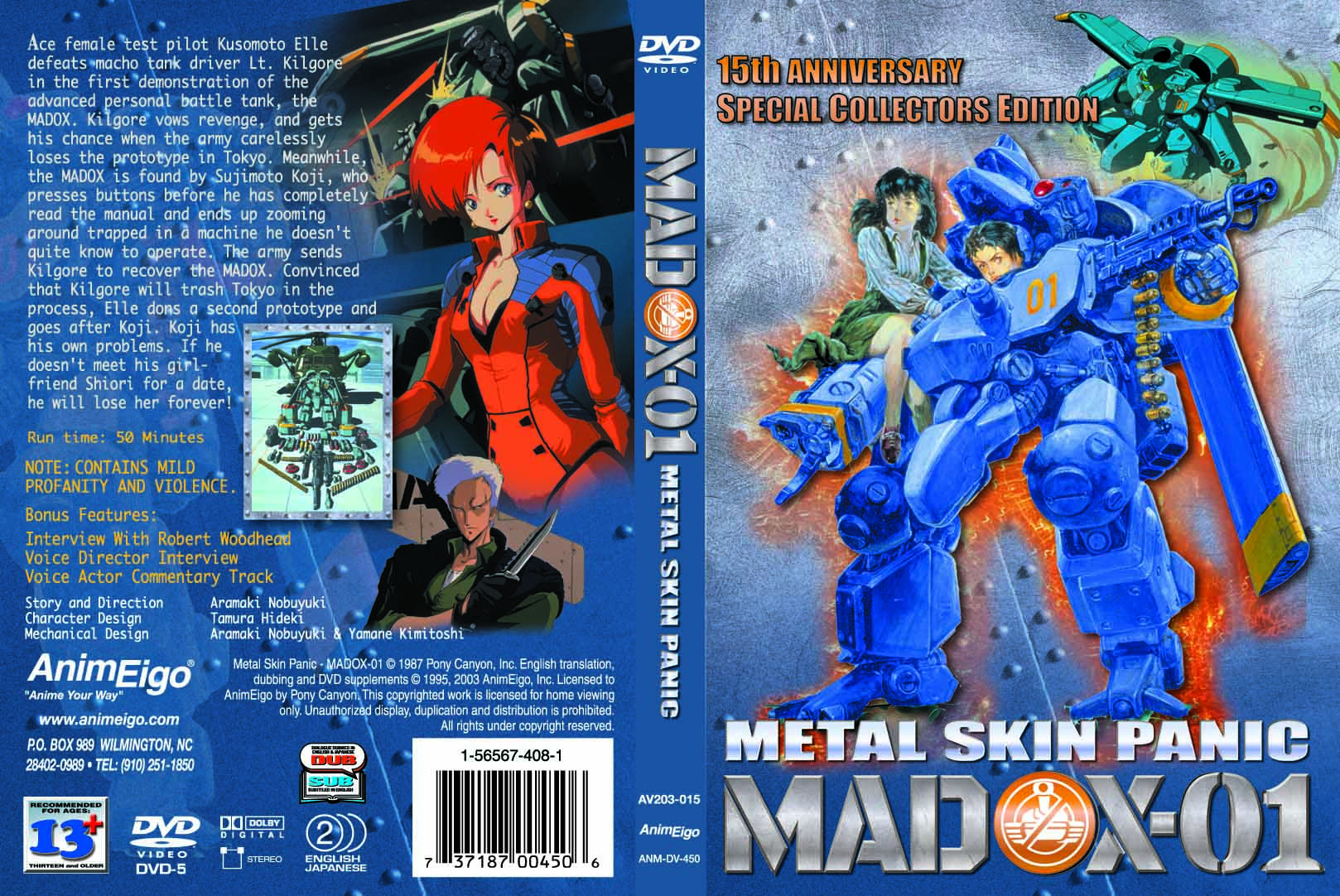 Flash forward to December of 2020, when Robert Woodhead of AnimEigo and Ollie Barder of Sola Digital Arts discussed securing the materials for a high definition Blu-ray release of Metal Skin Panic MADOX-01. This plan hit a snag: Woodhead had previously inquired about obtaining the film elements needed to make a MADOX-01 Blu-ray but was informed at the time that the original materials were not available.

It seems the black hole of “lost films” Project A-ko fell into claimed another victim, but Woodhead was undaunted. In January of 2021, Woodhead made new inquiries with AMG, the company that acquired the rights to MADOX-01 from Pony Canyon. An AMG representative acquired a list of films being stored at the Tokyo Genzōsho film archives — “information that the previous contact person at Pony Canyon apparently didn’t have,” according to Woodhead — and the missing MADOX-01 materials were located.

Tokyo Genzōsho, also known as Tokyo Laboratory and usually shortened to Togen, hosts a wide range of original materials from Japanese film producers in climate-controlled environments.As one of Japan’s major labs, they offer a wide range of professional media services to the film industry. 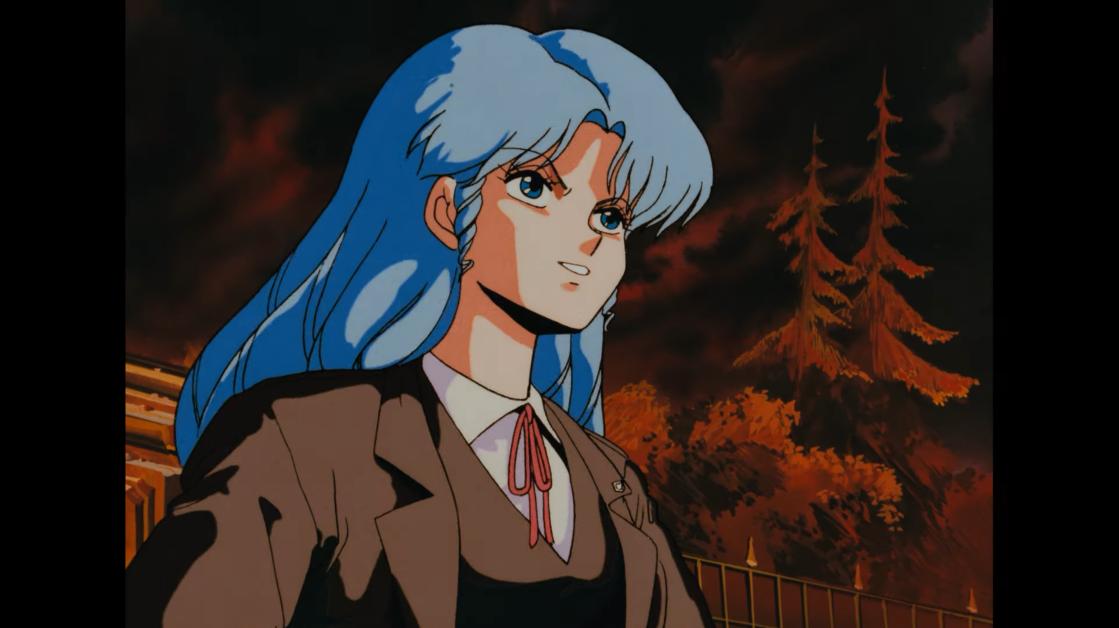 During a meeting with the AMG licensors, Woodhead was shown the list of films stored atTogen. Much to his surprise, not only was Metal Skin Panic MADOX-01 listed but right next to it on the list was another title: Project A-ko.

The long-missing film 35mm print of Project A-ko wasn't actually lost. The film had simply been misfiledand couldn't be located for decades as a result of a clerical error. “It wasn’t hard to find,” said Woodhead. “The problem was that there was a break in the chain of knowledge about the film’s location.” 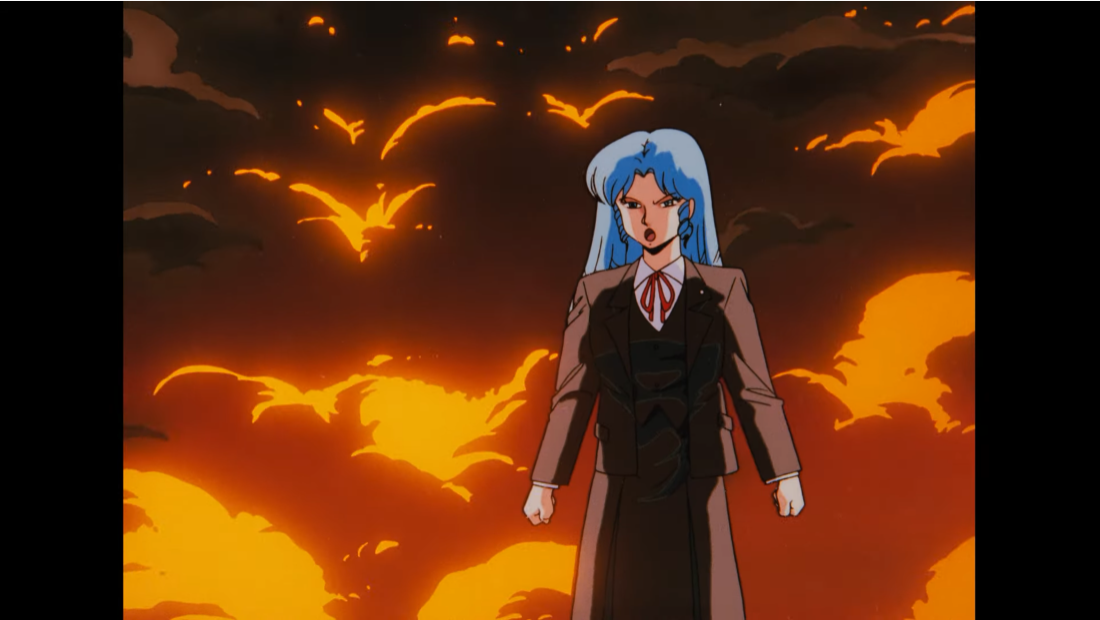 “We’ve been looking for Project A-ko for 20 years,” Sevakis explained. “Most professional film, anime included, is locked away in a giant climate-controlled warehouse, in this case, run by the film lab that developed it. According to their records, it wasn’t there.”

Due to Woodhead’s discovery, Discotek Media was able to request the archivists to make a physical search of the vault. When they did, they learned that Project A-ko “was there the whole time,” in Woodhead’s words. 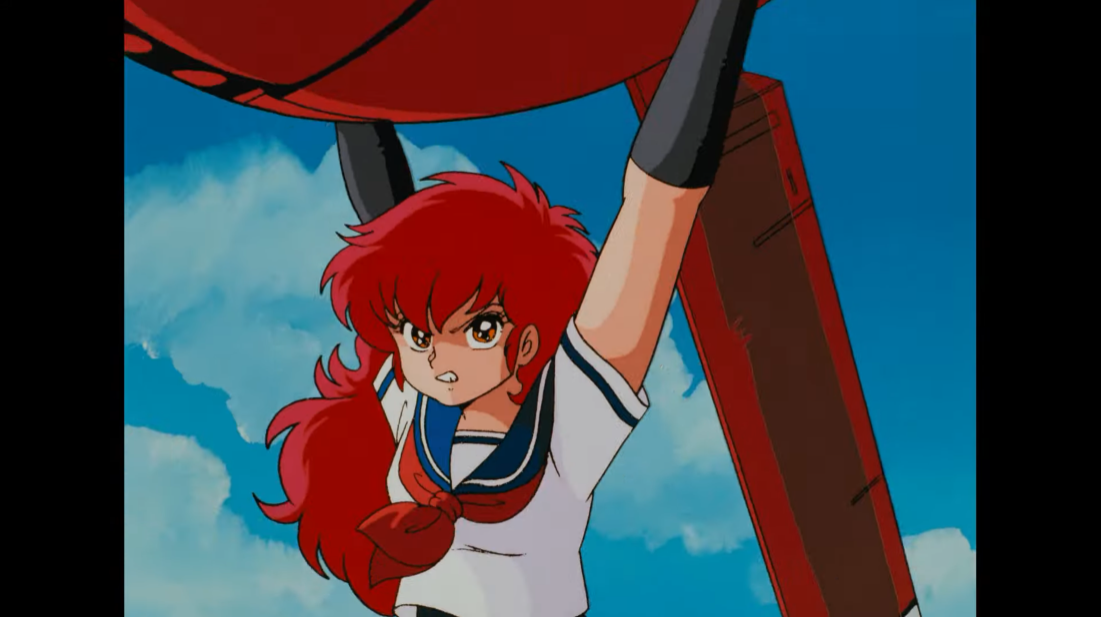 After Woodhead got permission to inform Discotek of his discovery and the missing film reels were found, Discotek announced on a Twitch stream in March 2021 that they were canceling their initial plans for the AstroRes remastered Project A-ko release and instead were producing a remastered Blu-ray using the newly rediscovered original 35mm print.

And that's the story of how Project A-ko was lost and found: lost by accident due to a simple filing error, found through happenstance and serendipity, an anime classic rescued from obscurity for future generations of fans to enjoy. 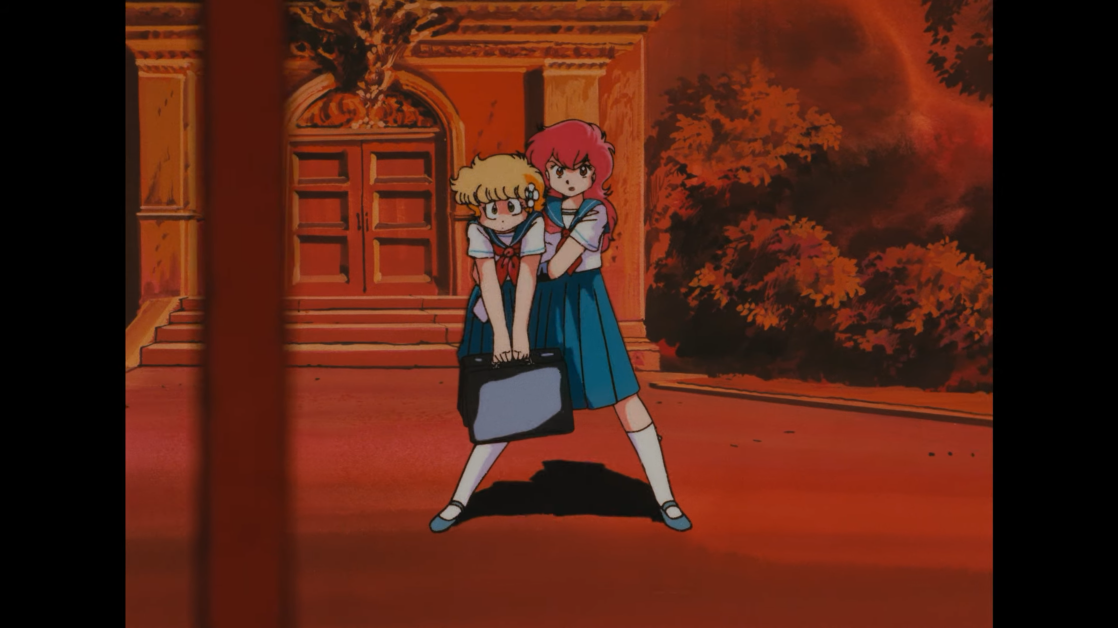 At the time of this writing, the restoration process for the Blu-ray release is well underway, with Discotek eliminating anomalies “ranging from dust and small scratches to flickering and jitter caused by the photography of the era,” according to Sevakis. While there is no release date currently set, if the sample footage above is anything to go by, Project A-ko is going to look and sound better than ever.

“The film lab vaults are out-of-sight, out-of-mind for most of the companies in Japan, especially because at this point not many people deal with film on a regular basis,” said Sevakis. “The people dealing with the rights often don’t even have a clear idea of what’s in there, even if the records are correct! Who knows what else might be found?”

Do you love writing? Do you love anime? If you have an idea for a features story,pitch itto Crunchyroll Features!